Discover The Other Place With Forward Theater

What do a yellow bikini and walking a mile in someone’s shoes have in common?  I don’t know, but I’m excited to find out next week.  The second play in Forward Theater’s 2014-15 season, The Other Place, debuts Thursday, January 15, and runs through February 1.  The play centers on Juliana Smithton, a drug-company scientist, and her movement between a career as a confident, professional woman and a fragile place at the core of what it means to be human.  The Other Place ran successfully both on  and off Broadway, and I am looking forward to experiencing it through the lens of our outstanding local theater company, Forward Theater.

I had the opportunity to catch up with Georgina McKee, a cast member on the Forward Theater Advisory Company, following a rehearsal last week.  Throughout our conversation, Georgina’s enthusiasm for this production was palpable and engaging.  The more we talked, the more I wanted to run down the next day and sneak a peek at a rehearsal. Georgina described the play as simple, intense, and wonderful.  She talked about the simple humanity to the story that makes it special, offering a deep connection that only live theater can convey.  Georgina has also written an excellent blog about the play posted on the Forward Theater website.  I strongly encourage you to read it.  You’ll soon gain a sense of all this play offers its audience.

The Other Place features a four-person cast with seasoned actors from American Players Theater, Four Seasons Theater, and Forward Theater’s own Advisory Company.  The stage is clean and crisp, allowing the protagonist to make the space wherever and whatever as the plot unfolds, and the designers for lights, sound, and costumes are among the best and most experienced in Madison.

In addition to a distinguished cast and crew, Forward Theater also offers something special through their talkbacks – the ability to stay after curtain call and talk to the actors and others about the play.  I’ve been given this opportunity with other theater productions over the years, and it’s a wonderful experience.  But for The Other Place, Forward Theater has taken this concept a step further.  They are also offering pre-show talks.  Highly recommended when I spoke to Georgina, the pre-show talks start 30 minutes before the play begins.  A member of the Advisory Company will talk about the production, its history, the playwright, and the design elements.  The Other Place runs at a fast pace — in other productions around 70 minutes — so the pre-show talks and talkbacks can easily be worked in the patron’s entire theater experience for this play. 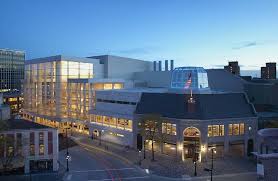 The Other Place will be at The Playhouse inside the Overture Center, January 15 to February 1, with evening performances Wednesday or Thursday through Saturday and matinees on Saturday and Sunday.  The Livingston Inn is also offering packages with tickets to the performance and an overnight stay starting at $79 per person.  For more information about the package, please call us at 608-238-6317.

With its interesting twists and intriguing story, we hope The Other Place will be among your many theater experiences this season in Madison.