From Japan to Madison: The Tradition of a Thousand Paper Cranes 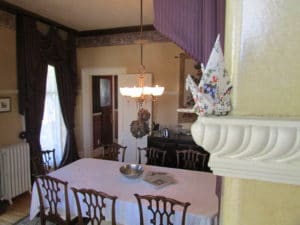 For our guests, as well as family and friends who have visited our home, most know we have a number of paper cranes throughout The Livingston Inn. They appear here and there, changing places, all in a variety of colors, sizes, and styles. We always offer to guests the opportunity to adopt one for their journey home at the end of their stay with us. So, some of the cranes have now found new homes. A guest or two has also made one themselves with some paper they had with them (most anything will do), and we have been the fortunate recipients of their gifts.

If you’ve stayed with us, you may know the story behind our paper cranes, but perhaps not if our conversations never got around to the topic. For the sake of our past and future guests, as well as anyone else curious about this unusual part of our B&B, we thought a blog on the topic would interest many of you.

The paper cranes first appeared at the grand opening of our B&B back in September 2011. A very good friend of ours made us a small supply as a gift and a gesture to bring us good fortune in our new venture. Paper folding has a deep history in Chinese, Arab, and European cultures. But it has its strongest ties to the Japanese art of origami dating to the late sixth century. At the time, paper was an expensive item. As a result, origami from this period was used primarily for religious ceremonies including weddings. For centuries it was also an oral tradition with designs passed from mother to daughter. Legend says that anyone who folds one thousand paper cranes will have their heart’s desire come true. 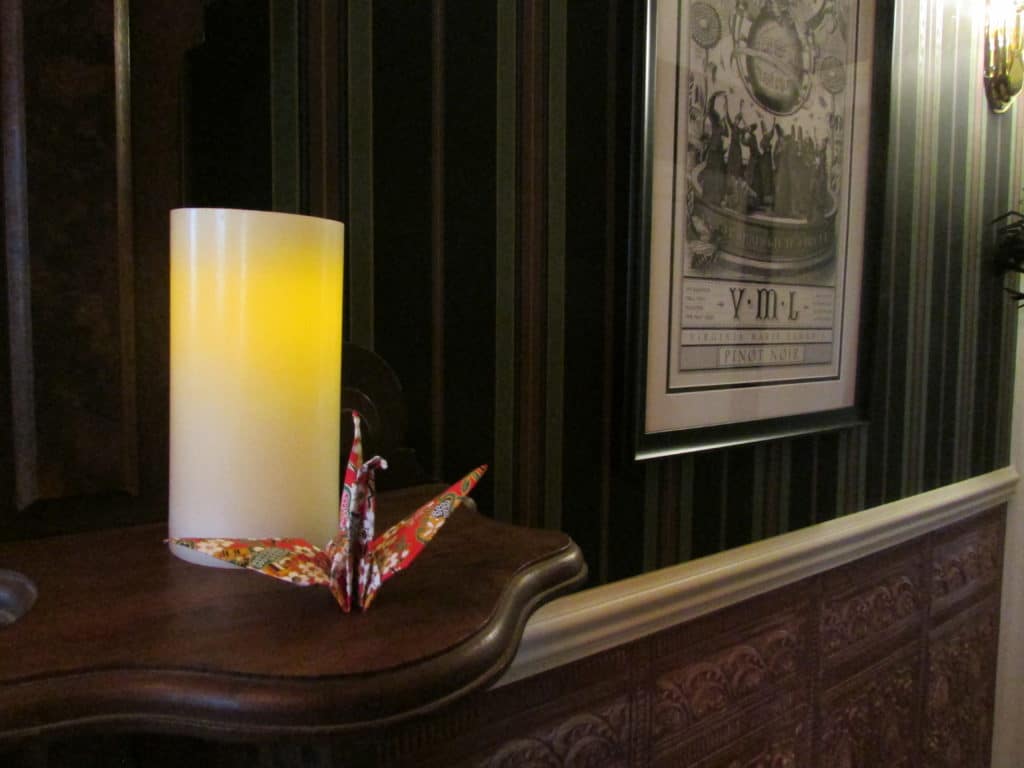 An interesting thing happened once our friend brought us those first paper cranes. She found it brought her a strong sense of inner peace, something we might call therapy in the 21st century, and so she has continued to make us paper cranes over the past four years. She enjoys making them, and we love it every time we receive a bag, thrilled to see what beautiful paper she found for her latest flock. So whether one calls it good fortune or a matter of the heart, we firmly believe our paper cranes have brought wonderful things to us and to our friend.

Lately, we’ve received two very kind and generous gifts from guests related to the paper cranes in our home. First, one guest mailed us a delightful book with the story of Sadako Sasaki. Sadako was a Japanese girl who was exposed to the radiation of the atomic bomb dropped on Hiroshima. Like other children during this time, she suffered from leukemia, and in 1955 she died at the age of twelve. When she found out about her condition, Sadako knew of the legend of folding one thousand paper cranes, so she set about doing so hoping it would save her from the suffering and death she saw among the other children around her. She only made it to 644 cranes. Due to Sadako’s spirit as a young child, though, the thousand paper cranes have now come to symbolize peace in Japanese and other cultures, and a statue of Sadako is part of Hiroshima Peace Park in Japan. We thoroughly enjoyed the book from our guest and were moved how it connected us to the feeling of peace from our friend and the paper cranes throughout the B&B.

Our second gift from a guest came from a captain in the U.S. Navy. He wrote, “During our stay we noticed you had origami around your lovely home, and it reminded me of a gift I received from a Japanese harbor pilot in Sasebo, Japan, which is a U.S. Navy base near Nagasaki.” The guest sent us over two dozen paper cranes from this pilot made from Japanese magazines and other paper. We were humbled by this generous gift and are honored to have them in the house. 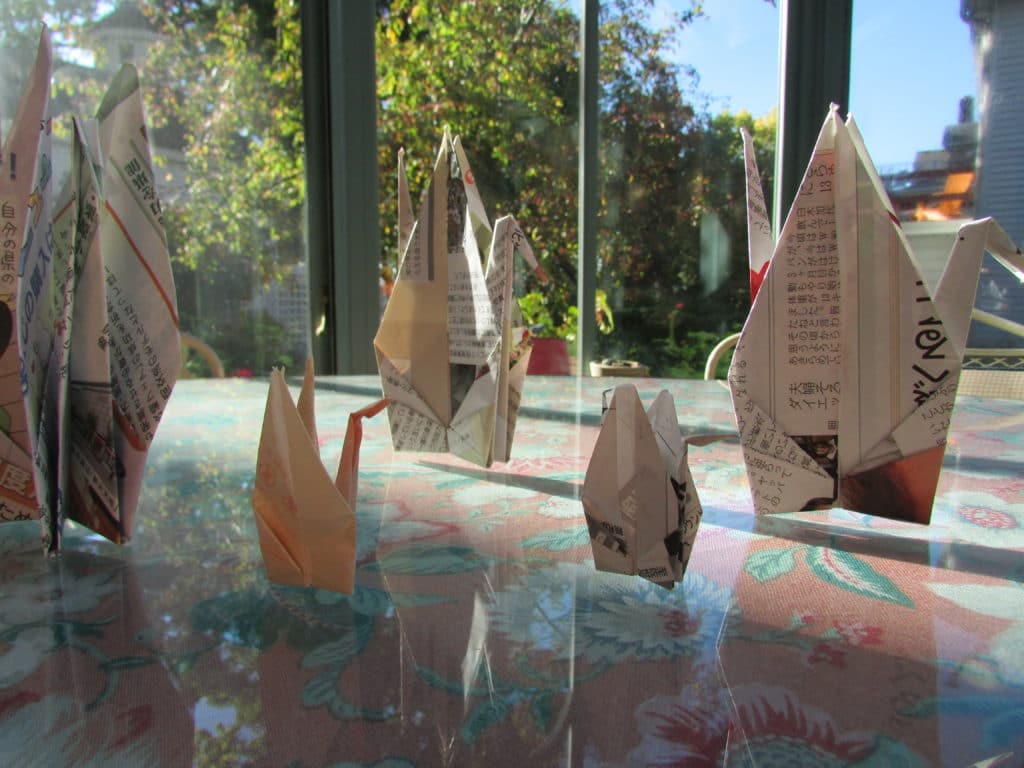 We’re certain our friend has folded over a thousand paper cranes for us. We like to think that her thousand and more paper cranes are not just now bringing us good fortune and peace, but since we live in home that we share with guests from around the world, every person in our B&B can benefit from this gift. Between the thousands of years of history to the mother-daughter tradition to the evolution as a symbol of peace, we are certain those paper cranes bring a lot of good things to The Livingston Inn.

So, if you are ever in our B&B, please ask if you see a crane you’d like for your home. They are a gift to us that we will happily share with any visitor, family member, or friend. We would hope it would bring you as much joy as it does for us. 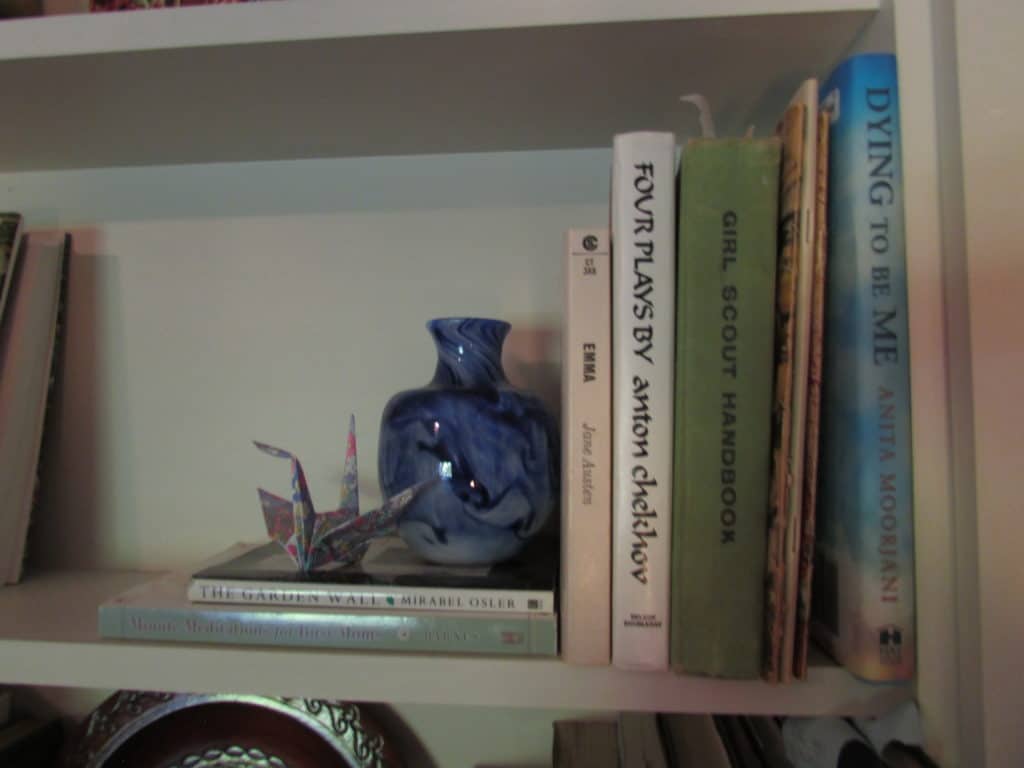 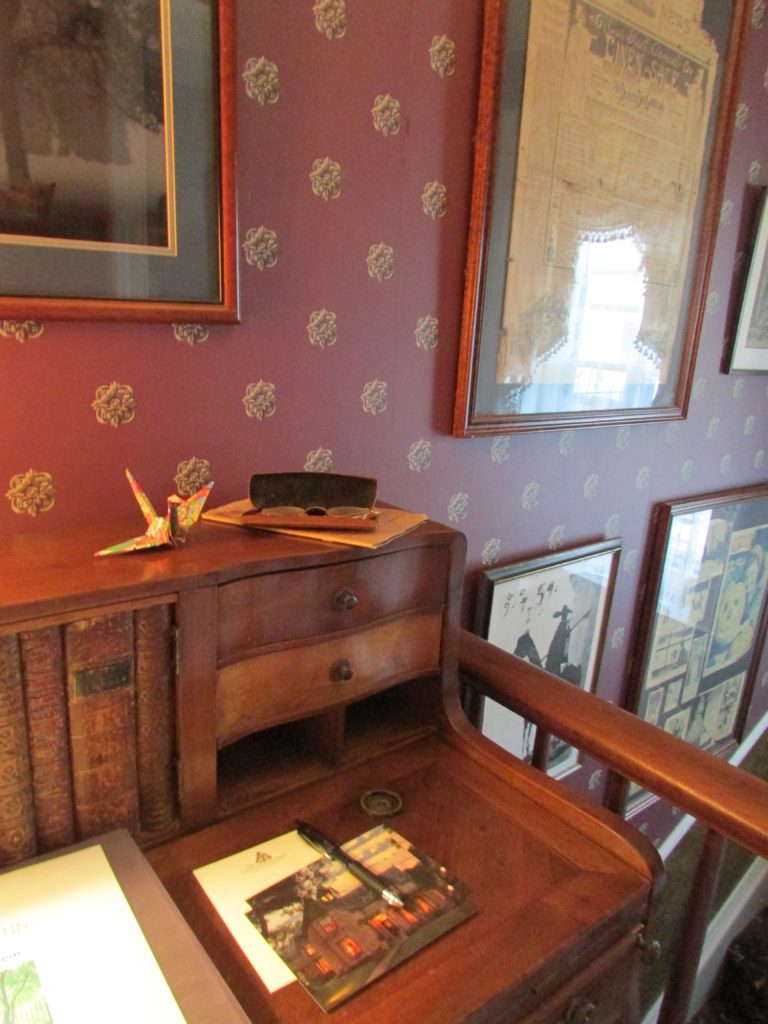